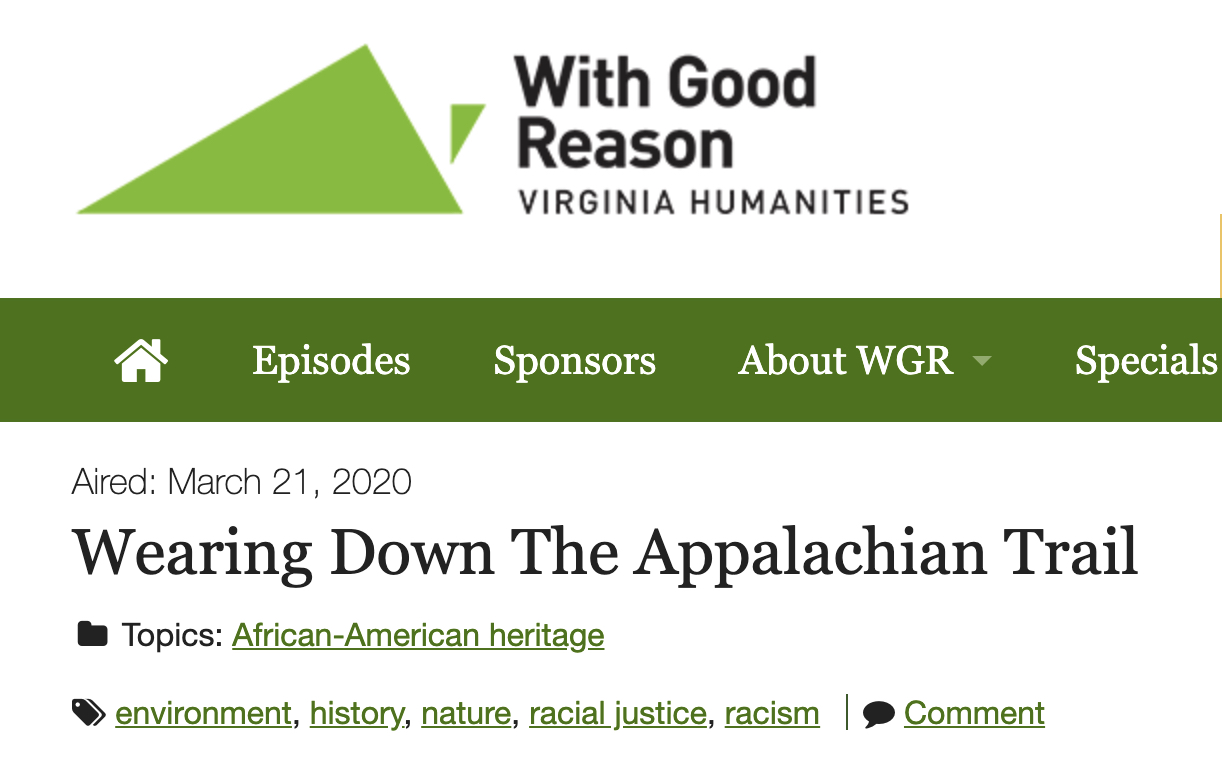 In March 2020, I was one of several guests on With Good Reason, the public radio show of the Virginia Foundation for the Humanities. In this interview, I discuss both the early history of the Appalachian Trail and the racism that has been a part of the history of the trail since its founding in the mid-1920s.

What does it mean to teach students to lie about the past? Why would a professor skate out onto such thin ice with his or her students? In this interview with Aleks Krotoski, I discuss the reasons behind my course, Lying About the Past, and why I believe it is so important to teach our students to engage the reality of false information online in challenging ways.

If the election of 2016 taught us anything it is that the average American can’t tell the difference between real news and fake news. In this 2013 interview with the host of the BBC Radio 4 show Digital Human I discuss the ways that I’ve taught my students to spot internet hoaxes–by creating their own.

Most universities have a required capstone course in each major–an opportunity for undergraduate students to flex their intellectual muscles and do the kind of real scholarship or creative work that we promise in glossy admissions brochures. But why do we wait until the student’s final year for the excitement of that capstone experience? In this interview with former Chronicle editor Jeff Selingo, I discuss some of the problems with just such an approach to curriculum.

I taught my course Lying About the Past twice (2008, 2012), with interesting results and more than a little controversy each time. In this story, Atlantic writer Yoni Applebaum chronicles both iterations of the course and how my students’ use of different forms of digital media had surprising results. Applebaum’s story was the most downloaded tech story on the Atlantic website in 2012.