I believe that it is every citizen’s obligation to try to make the world a better place in ways both large and small. To that end, I have held important leadership roles in two large and complex international organizations, and am a very active conservation volunteer in our local national parks here in Virginia.

The mission of the Romanian-American Foundation is to strengthen and promote conditions for a sustainable market economy and a democratic society that provides access to opportunity for all segments of Romanian society. We envision a more prosperous, engaged and entrepreneurial society, where people think more innovatively and act more responsibly. The Foundation’s grant making focuses on community development, entrepreneurship and innovation, rural development, and civic engagement. Annual giving by the Foundation hovers around $5 million per year, making it the largest private foundation in Romania. I have been a trustee of the Foundation since 2011 and since 2013 have been chair of the board’s Strategy and Program Committee, helping to oversee almost $4 million in annual grant-making. 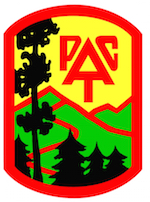 The Potomac Appalachian Trail Club (PATC) is one of America’s oldest volunteer conservation associations. Founded in 1927, founded in 1927 for the purpose of helping survey and construct the Appalachian Trail, today the Club is responsible for the maintenance of more than 800 miles of public trails (more than 200 of which are a heavily used section of the Appalachian Trail), as well as a number of historic properties along the spine of the Appalachians. From 2010-2019 I was a trail overseer for the Club and since 2015, have been the co-overseer of the historic Corbin Cabin in Shenandoah National Park. I am also the overseer of the Manassas Gap Shelter, one of the oldest shelters on the trail.

The Civic Education Project (CEP) was an international non-profit organization supporting grassroots efforts to reform higher education in Central and Eastern Europe and Eurasia following the collapse of of the Soviet Union. Centered on the belief that democracy requires critically minded and informed individuals, CEP’s network of scholars touched thousands of students and hundreds of faculty, universities, and broader communities served by those institutions. CEP grew from a small program in the former Czechoslovakia in 1991 to a large and complex project operating in 22 countries and with staff spread from Plzen to Vladivostok. In the project’s final year (2004), CEP had a budget of just over $4.5 million and was supporting more than 400 faculty fellows. I served on the Board of Directors of the project from 1996-2004 and from 1998-2002 was the Chair of the Board.