One of the ways I clear my head on the weekends is by doing trail maintenance for the Potomac Appalachian Trail Club in the Prince William Forest Park. There is nothing like getting down and dirty with a chainsaw, a Pulaski, or a McLeod, to help you forget for a minute that you have so many and various job responsibilities. And, once all the committees, compliance reports, and other minutiae of higher education vaporize, I find that I get some of my best thinking done about my teaching when I’m out on the trail digging, felling, and fighting erosion.

Last month I was fortunate enough to have a crew of Marines come out to the trail I oversee to help me out. The four men and four women of that crew got more done in four hours on the trail than I could have in three weekends of work. About an hour into our morning together one of them came up to me and said, “Sir, you need to understand. I just want to move some shit.” I pointed him at a large tree stump that was in our way, and half an hour later it was history. 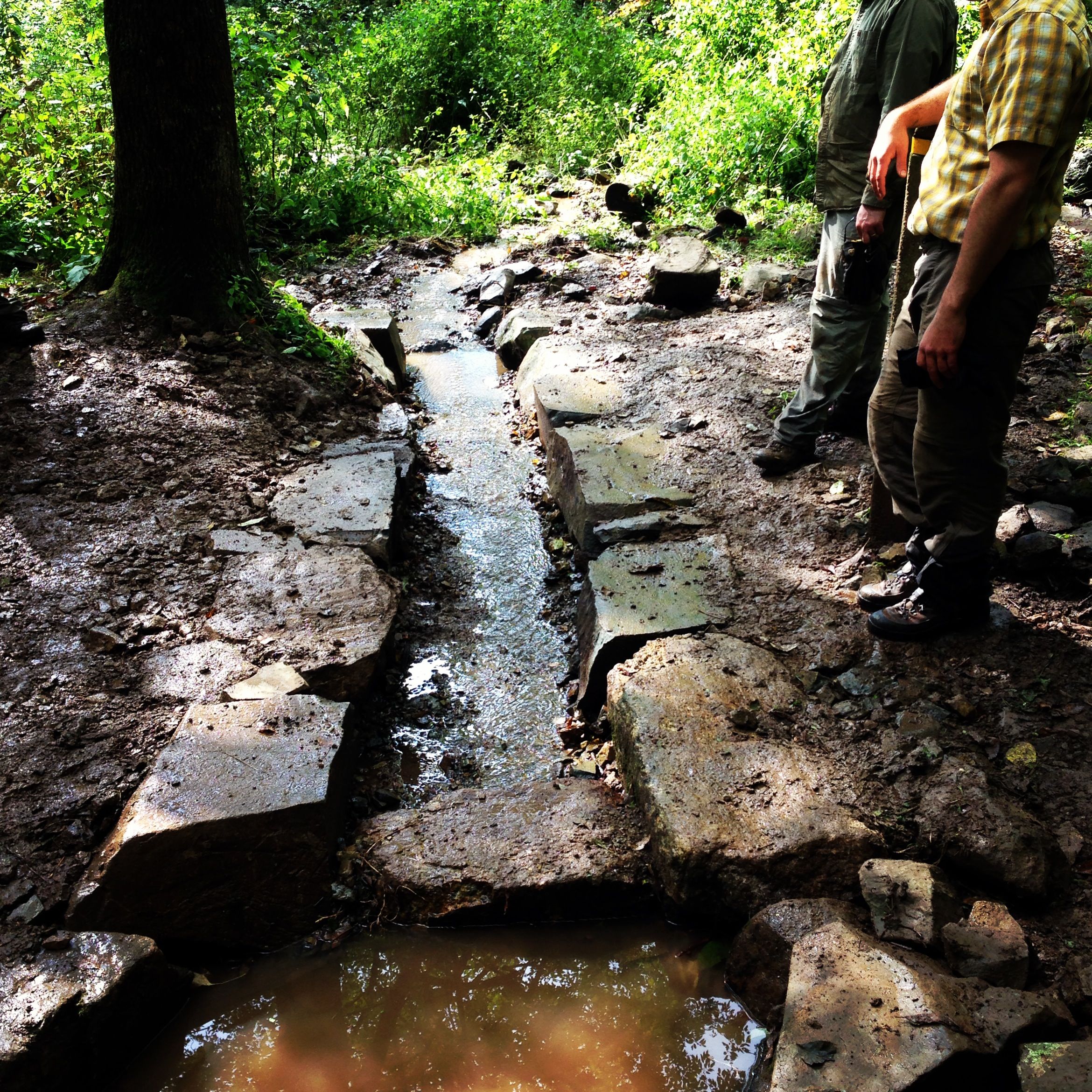 This weekend I was up in Shenandoah National Park moving some very large rocks to help build a culvert out of a spring along the Appalachian Trail. While I was working, I got to thinking about that Marine’s desire to just move some shit, and it occurred to me that one of the things we don’t do very well in post-secondary history education is give our students the opportunity to do that—just move some shit. They spend far too much time sitting in a classroom listening to lectures, circled up with others in the class discussing a primary source, or reading, analyzing, and writing about sources we give them and not enough time just moving shit.

Don’t get me wrong. While I’m on the record in dozens of places opposing the continued reliance on the lecture/listen format, I’m not entirely opposed to some lecturing, so long as it is not the be all of our courses. And there is a lot to be said for discussions, learning to analyze texts, and the other things we do. But I think it’s also important that we give our students opportunities to move some shit as part of their history education.

By that, I mean, we need to give them space to create things beyond the many papers they’ll write for us, to make things such as exhibits, websites, public displays around campus, 2nd grade curricular materials, digital stories, or any number of other tangible things that historians can do beyond analyzing sources and writing about them. Employers value these sorts of tangible outputs as demonstrations of our students’ ability to get things done. Students value them because through making and creating they learn in ways that let them apply the traditional skills and knowledge we give them to real world contexts that look and feel like what they’ll be doing after they graduate.

One of the best examples I have of the value of giving students the freedom to be historians is a photographic exhibit my former student Natasha Müller created in 2009 for an event commemorating the fall of the Berlin Wall. My only contribution to the project was pointing her at the collection of photographs at the Library of Congress and then acting as her mentor along the way. Everything else was her effort—from coming up with a concept for the exhibition, to selecting the photographs, to contacting the photographer, to getting space on campus, to launching the opening.

In a world where the vast majority of American adults think that college is not worth what it costs, giving our students the opportunity to move some shit is one way we can contribute to changing that perception. The more those outside our campus can see tangible outputs from our students as opposed to being told that we’ve done an excellent job of teaching them critical thinking skills, the better off our students (and we) will be.