This semester I’m offering a new course, Improving the Past [syllabus], that is another attempt on my part to capitalize on what we’ve learned from recent research about how young people use digital media. Last year I wrote a series of posts I called The History Curriculum in 2023 in which I argued that within a decade we should be focusing our teaching around four key areas of skill: making, mining, marking, and mashing. Improving the Past takes on the first and last of these criteria.

Last year my department decided that I couldn’t teach my admittedly controversial course, Lying About the Past, in its full form and I chose not to teach it in the version our undergraduate committee proposed, one that would limit my students’ creative endeavor to the confines of our classroom. Because that course had generated so much student enthusiasm, I started thinking about ways to capture that enthusiasm that would also be acceptable to my colleagues. A close friend and former George Mason colleague helped me clarify my thinking on this and had several fantastic suggestions, one of which morphed into the current course.

The basic premise underlying the course is that there is a long history of attempts to “improve” the past, whether it was the sudden disappearance of Trotsky from the history of the Soviet Union, or a more recent claim by a Virginia textbook writer that thousands of slaves took up arms in the Civil War to defend the institution that held them in bondage. And then there are those faked Civil War photographs like the one provided here. Of course, this history of improvement extends all the way to the origins of our profession 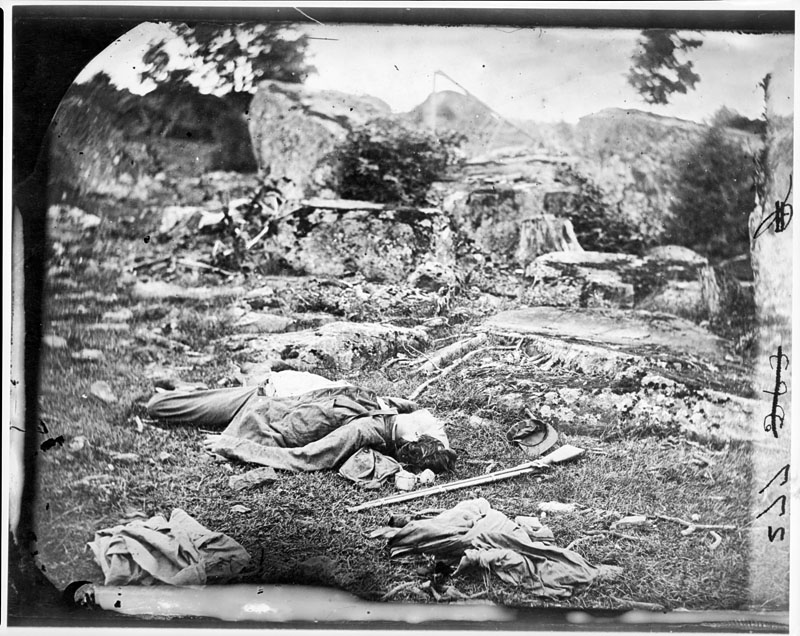 when, for instance, Thucydides put words into the mouths of his subjects in his history of the Peloponnesian Wars. At least Thucydides was up front about his improving of the past.

Given this long history of improvement of the past — whether with good intent or bad — it seemed to me important that students, whether history majors or not, need to learn to think critically not only about why the past is being improved, by how. How is information altered and woven into compelling new narratives? What role does technology play in both the alteration and the dissemination of such knowledge? How can technological tools help us ferret out distortions of the historical record?

One of the most important takeaways for me as an educator from my experiences with Lying About the Past is that my students learned best when they were making a hoax out of the available (mostly true) historical facts. As a result, Improving the Past is built around making and mashing. In addition to studying the many ways the past has been improved, my students will do some of their own improving. They will select historical texts, images, and maps that they will then alter, preferably subtly, to create a new and improved narrative about the past. Then they will write about why they made the choices they made, how the new narrative might change our understanding of the past, how an improved past might be easier to teach, and what they learned from their experiences.

A glance at the syllabus will show that I’m placing a big premium on collaborative work in the course. There are two reasons for that emphasis. The first is that the work I’m asking them to do is difficult and each student will come to class with a different level of experience with history and with technology. The more they can pool their intellectual resources, the more they’ll get out of the class. The second is that I’m emphasizing the lesson that historical work is heavily collaborative, especially in these days of digital scholarship, and so I want to drive home the idea that by working together they are mirroring what, increasingly, we do in our own work. And lest anyone be concerned, my students’ “improvements” of the past will not be released to the Internet.

I am fortunate that the university has just opened two new active learning classrooms and I was able to grab one for this course (see below). I have not had the good fortune to teach in such a space before and so I’m looking forward to monitoring the ways the classroom design does (or doesn’t) facilitate the kind of work I’m expecting from my students. Given what I’ve written recently about spaces for history teaching and learning, I’m excited to be in such a new and different room. Notice, for instance, the wrap around white boards and the lack of an obvious “front” to the room.

Needless to say, I’m looking forward to the class. I’ll report in later in the semester on whether it’s working or not.